Is Lasik Right for You?

Are you sick of wearing glasses or contacts? If you were diagnosed with myopia or hyperopia (near or farsightedness, respectively) as a child, you may have been wearing glasses for more than half of your life! Sometimes enough is just enough. Lasik eye surgery is a way of correcting lifelong vision problems in just a few short minutes. If you are someone who has been getting a new eyeglass prescription every year, you might be excited about the idea of not wearing glasses ever again.

There are a few signs that you could be a good candidate for Lasik. These include but are not limited to:

It is no secret that some eyes are healthier than others. If bad vision is your only concern, your eyes are likely healthy enough for Lasik surgery. Healing from Lasik can be challenging for people who have additional eye problems, such as high blood pressure in their eyes. Lasik works by making a small flap on the external layer of the eye and then using a laser to reshape the cornea. Reshaping the cornea can correct vision problems, though a previously unhealthy eye may struggle with healing.

Since Lasik is considered a surgery, anyone who is wanting to get it done should be in good health. People who have a hard time healing, such as those who have autoimmune diseases like rheumatoid arthritis or diabetes, may have inferior results.

Since a little bit of the cornea will be either cut away or reshaped by the laser during surgery, a normal cornea thickness should be present to begin with. Thin corneas may be challenging to work with, and are usually denied approval for Lasik surgery.

In conclusion, talk to services like ReVision LASIK and Cataract Surgery about whether Lasik is a good idea for you. It is a good idea to get Lasik sooner rather than later since your nearsighted vision may change with age. 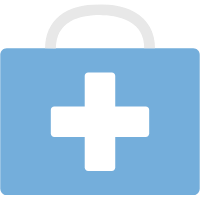 If you have questions or concerns about the latest health and medical news, then you're in the right place. Whether you are seeking up-to-the-minute information on vaccinations, bacterial and viral infections, cardiovascular disease, or how to reduce your risk for high blood pressure and diabetes, we can help. Our website features blog posts and articles that give you the medical information you need in terms that you can understand. You will also find helpful articles about many common medications that may include information about side effects, interactions, and contraindications. Other topics of interest you'll discover on our site are those pertaining to weight loss, exercise, and tips on how to enhance your emotinal health.

3 Ways To Stay Well-Informed As A Patient
4 January 2023
If you've been diagnosed with a specific health condition, learning more about it and how to treat it can help you get through such a difficult time. …

Chiropractic Care For TMJ Pain: A Guide
23 November 2022
TMJ pain can be really difficult to deal with. It makes it hard to chew, talk, and rest comfortably. Some people turn to pain relievers to keep themse …

Important Precautions To Take When Getting PRP Stem Cell Therapy Injections
16 September 2022
PRP (platelet-rich plasma) stem cell therapy involves using one's own blood to activate healing in damaged tissue. It can be used for a lot of differe …